Today, we received copies of classified documents, detailing the Furon plans for World Domination. Alien ships are set to arrive on Earth July 28 in an attempt to Destroy All Humans!

Furthermore, the leaked documents lead us to believe that three major platforms – PC, PlayStation 4 and Xbox One – will be targeted by superior Furon weaponry. So far, all petty attempts to slow down the Alien advance have failed.

According to two intelligence services only known as THQN and BFG, the Furon fleet has two secret weapons at their disposal. Under the code names DNA Collector’s Edition and Crypto-137 Edition, the Alien army seeks to invade the homes of especially gullible Humans.

Earlier this week, the Pentagon tried to warn the Human population about the existence of extraterrestrial life and Furon vanguard Cryptosporidium-137 even validated their claims but to no avail.

All hail our new Alien overlords. 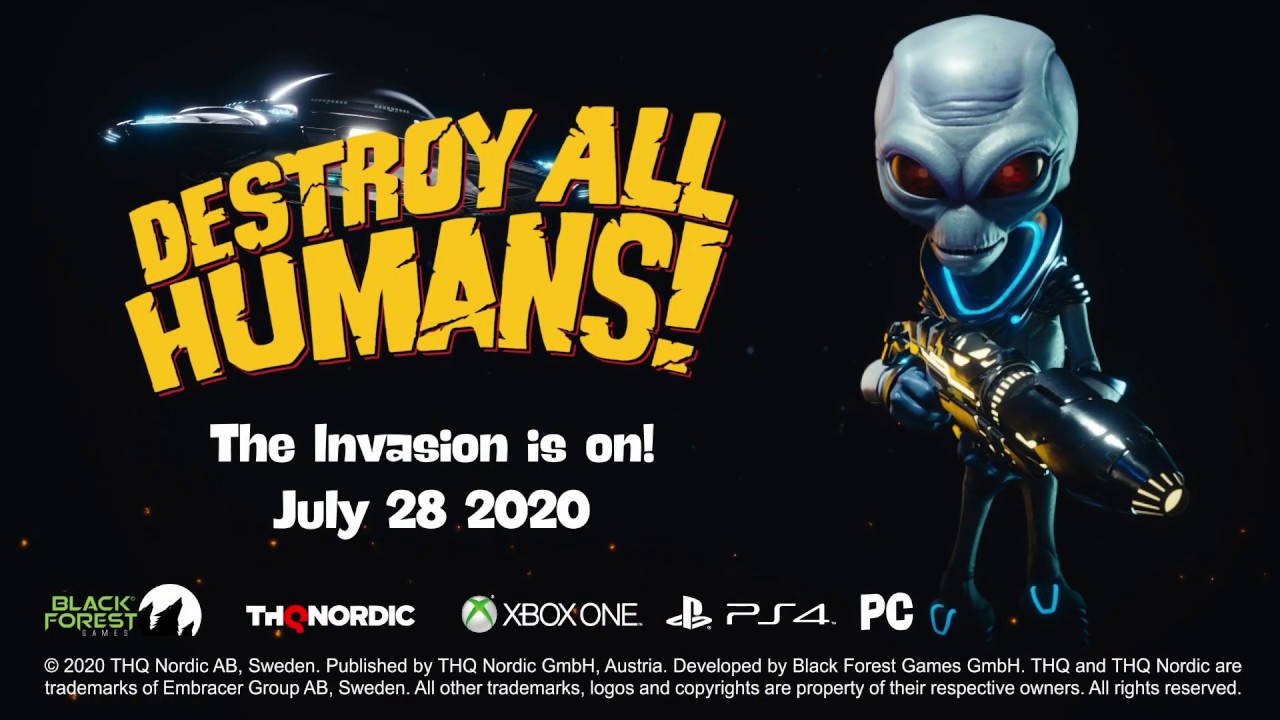 Back to the full Invasion report

We use cookies to offer you the best possible experience on this website. We use technically essential cookies as well as functional and marketing cookies. Marketing cookies require your consent and will be used for statistical purposes only. If you stay on this site without changing your browser settings, we shall assume that you only agree to our use of strictly necessary cookies. For more information, please read our Privacy Policy.

This site uses an archaic human technology called JavaScript. Activate JavaScript to view this website in the way its primitive creators intended.